The Temin Effect in Science 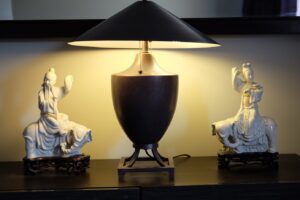 I was unaware of this term!  I like it!  It refers to an observation that having a broader sense of knowledge in science but beyond that to the greater world, helps scientists to make important leaps of thought.  These quantum shifts can help advance science further and yield truly innovative results.  There are probably many examples of this, but these are two scientists that come to mind.

Many years ago, one of us (M.G.) interviewed the biologist Howard Temin. Temin had just won the Nobel Prize for his work on the discovery of reverse transcriptase—the class of enzymes capable of creating DNA from a RNA template—and he was an unforgettable figure. He had a wiry shock of hair and a wry smile. He was raised by activist parents in Philadelphia. His bar mitzvah money was donated to a refugee camp. His valedictory address in high school was about the hydrogen bomb. He had read deeply about philosophy and literature, and during the interview he spent as much time, brilliantly, in the larger world of ideas as he did talking about his own work in molecular biology.
We observe, of people like Temin, that they know a great many things beyond their field. But in the use of that word “beyond” is an assumption—that knowledge of literature and philosophy lies outside the domain of the scientist. Why do we assume that? The discovery of reverse transcriptase was a challenge to a tenet of modern biology so hallowed it was actually called “the central dogma”: genetic information flows from DNA to RNA and from there is encoded in proteins. Temin argued it could also flow in the opposite direction—a claim that was treated with derision. To imagine a possibility so heretical required imagination. It required a paradoxical turn of mind. It was, in a way, an observation born as much of a literary sensibility as a scientific one. Temin’s wide interests were not extraneous to his scientific pursuits. A case can be made that they were in the service of his scientific pursuits.

In this issue, Gurwin et al

(see page 8) attempt to verify what we might (whimsically) call the “Temin effect.” A group of medical students at the University of Pennsylvania were given six 90-minute training sessions at the Philadelphia Museum of Art. There they were taught, as art history students have been taught for centuries, how to look at art: how to observe and describe and discuss works of imagination. The question was, would lessons in a field far from their own make them better at the observational and diagnostic skills that lie at the core of ophthalmology? And the answer is that it did, substantially. Taking would-be physicians out of the hospital and into a museum—taking them out of their own world and into a different one—made them better physicians.

The scope of the study by Gurwin et al

is quite narrow: 36 medical students randomized in a treatment and control group. But the implications of the study are not. The prevailing trend in medicine—and in many other complex domains—has been toward greater and greater specialization in training. Cardiologists were once experts in all of the heart. Today, the field has been sliced into small pieces: Some cardiologists focus only on cardiac valves, with the rest of the organ—the coronary arteries, cardiac muscle, and the heart’s electricity—left to others. Similarly, the IMG tennis academy in Bradenton, Florida, perhaps the most famous breeding ground for elite players in the world, begins its residential training program at the pre-kindergarten level. The tennis-playing adolescent has become the tennis-playing toddler. Tennis and cardiology and any number of other disciplines have responded to the increasing technical and informational demands of the modern age with focus: To be a great tennis player, the belief is, you have to play lots and lots of tennis.

remind us that that position may conflate 2 very different principles. To be a great tennis player, clearly, requires lots and lots of preparation. But where is it written that that preparation needs to take place exclusively on the court?

Consider that scientists in the United States have about the same number of hobbies as members of the general public. But scientists inducted into national academies tend to have more. Nobel laureates have more still. Nobelists are at least 22 times more likely to partake in serious hobbies apparently unrelated to their work,

and those hobbies are particularly likely to involve serious aesthetic interests. More accomplished researchers have what a creativity researcher called “networks of enterprises,” and when they approach difficult problems, they draw on analogies from one enterprise to inform another. As Santiago Ramon y Cajal,

the father of modern neuroscience, explained it, “To him who observes them from afar, it appears as though they are scattering and dissipating their energies, while in reality they are challenging and strengthening them.” If, as Ramon y Cajal

suggested, it is not merely despite this time and energy apparently off task that they are able to hone their skills, but because of it, there may be a vast unexplored world of potential cross-training opportunities, of the sort described in the current issue by Gurwin et al.

Temin’s intellectual forebears, the actual, heretical Renaissance men, provide proof of concept. Where his contemporaries looked at the moon and saw a perfectly smooth, divine sphere, Galileo recognized shades of dark and light for what they were: mountains and craters. Why? He was trained as an artist and was well practiced at depicting 3-dimensional figures in various light conditions. As the science historian Mark Peterson wrote in his book Galileo’s Muse,

Galileo’s genius was built, in part, on his grounding in the arts: “It seems plausible, and perhaps almost obvious, that someone who is trained to see, and who thinks about the process of seeing, sees more and sees better.”

argue, is what is missing in ophthalmology. “Observation and description are critical to the practice of medicine,” they write. But they point out that physical examination courses in medical school generally focus on memorization of clinical signs, without regard to developing the underlying skill of observation.