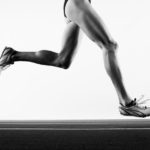 Not so fast with statins

This post on a study showing that statins, for some reason, can undercut the fitness benefits of an exercise regimen.  They have no idea why, but it underscores the hazards of taking medications with far reaching effects.  As readers of this blog know, I worry about statins for that very reason.  What can it say about a medication that is targeted to optimize blood lipid profiles, yet causes such side effects as memory impairment, and muscle ailments both mild and severe? Also, get a load of this sentence from the following article,

“The drugs routinely are prescribed for those with high cholesterol and other risk factors for heart disease, and some physicians believe that they should be used prophylactically by virtually everyone over 50.

I have heard that sentiment expressed in the medical community, also.  That statins “should be placed in the water supply.”  This cavalier attitude toward prescription medications really has to stop.  That’s why I was heartened to hear the stance of Rita Redberg.

May 22, 2013, Can Statins Cut the Benefits of Exercise?   By GRETCHEN REYNOLDS

An important new study suggests that statins, the cholesterol-lowering medications that are the most prescribed drugs in the world, may block some of the fitness benefits of exercise, one of the surest ways to improve health.

No one is saying that people with high cholesterol or a family history of heart disease should avoid statins, which studies show can be lifesaving. But the discovery could create something of dilemma for doctors and patients, since the people who should benefit the most from exercise — those who are sedentary, overweight, at risk of heart disease or middle-aged — are also the people most likely to be put on statins, possibly undoing some of the good of their workouts.

For the new study, which was published online in The Journal of the American College of Cardiology, researchers from the University of Missouri and other institutions gathered a group of overweight, sedentary men and women, all of whom had multiple symptoms of metabolic problems, including wide waistlines, high blood pressure or excess abdominal fat.

Most had slightly but not dangerously elevated cholesterol levels…

Statins, as most of us know, are medications designed to reduce the body’s cholesterol levels, particularly levels of low-density lipoprotein, or “bad” cholesterol. The drugs routinely are prescribed for those with high cholesterol and other risk factors for heart disease, and some physicians believe that they should be used prophylactically by virtually everyone over 50…

The unmedicated volunteers improved their aerobic fitness significantly after three months of exercise, by more than 10 percent on average. But the volunteers taking the statins gained barely 1 percent on average in their fitness, and some possessed less aerobic capacity at the end of the study than at its start.

Why there should be such a discrepancy between the two groups’ fitness levels wasn’t clear on the surface. But when the researchers looked microscopically at biopsied muscle tissue, they found notable differences in the levels of an enzyme related to the health of mitochondria, the tiny energy-producing parts of a cell. Mitochondria generally increase in number and potency when someone exercises.

But in the volunteers taking statins, enzyme levels related to mitochondrial health fell by about 4.5 percent over the course of the experiment. The same levels increased by 13 percent in the group not taking the drug…

This finding joins a small but accumulating body of other studies indicating that statins can negatively affect exercise response. Lab rodents given statins, for instance, can’t run as far as unmedicated animals, while in humans, marathon runners on statins develop more markers of muscle damage after a race than runners not using the drugs.

But for other people, the risk-benefit calculation involving statins may be trickier in light of this and other new science…