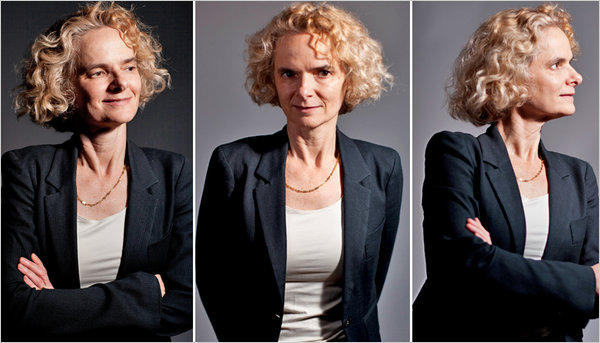 I came across this article about Dr. Nora Volkow, a neuroscientist whose life work is bringing addiction science to mainstream medicine.  She stresses how dopamine is the key to addiction and to future therapies.
Dopamine has been studied in animals in conjunction with acupuncture, discussed here( the NFL and Acupuncture), and here (Cocaine seeking in rats.) It will be awhile before we can really study this in humans, but a fruitful direction of research
June 13, 2011
A General in the Drug War
By ABIGAIL ZUGER
From heroin and cocaine to sex and lies, Tetris and the ponies, the spectrum of human addictions is vast. But for Dr. Nora D. Volkow, the neuroscientist in charge of the National Institute on Drug Abuse, they all boil down to pretty much the same thing.
She must say it a dozen times a day: Addiction is all about the dopamine. The pleasure, pain and devilish problem of control are simply the detritus left by waves of this little molecule surging and retreating deep in the brain.
A driven worker with a colorful family history and a bad chocolate problem of her own, Dr. Volkow (pronounced VOHL-kuv), 55, has devoted her career to studying this chemical tide. And now, eight years into her tenure at the institute, the pace of addiction research is accelerating, propelled by a nationwide emergency that has sent her agency, with a $1.09 billion budget, into crisis mode….