Back to Blog
Conditions & Treatment 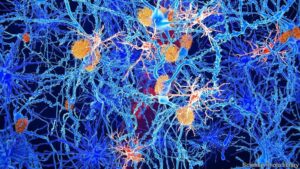 The drug Aduhelm, recently approved to treat Alzheimer’s disease is controversial for good reason.  I’ve linked to several comprehensive articles below.  The controversy comes down to a a few points.

The drug, aducanumab, which will go by the brand name Aduhelm, is a monthly intravenous infusion intended to slow cognitive decline in people with mild memory and thinking problems. It is the first approved treatment to attack the disease process of Alzheimer’s instead of just addressing dementia symptoms.

Biogen, its manufacturer, announced Monday afternoon that the list price would be $56,000 a year. In addition, there will most likely be tens of thousands of dollars in costs for diagnostic testing and brain imaging.

Recognizing that clinical trials of the drug had provided incomplete evidence to demonstrate effectiveness, the F.D.A. granted approval for the drug to be used but required Biogen to conduct a new clinical trial.

“There’s so little evidence for effectiveness,” said Dr. Lon Schneider, director of the California Alzheimer’s Disease Center at the University of Southern California, who helped conduct one of the aducanumab trials. He added, “I don’t know what caught the F.D.A.’s fancy here.”

At the time of the advisory committee meeting, in November 2020, there was not unanimity within the F.D.A. itself. An F.D.A. clinical analyst said there was a sufficient case for approval, but an F.D.A. statistician wrote that another trial was needed because “there is no compelling, substantial evidence of treatment effect or disease slowing.”

The risks with aducanumab involve brain swelling or bleeding experienced by about 40 percent of Phase 3 trial participants receiving the high dose. Most were either asymptomatic or had headaches, dizziness or nausea. But such effects prompted 6 percent of high-dose recipients to discontinue. No Phase 3 participants died from the effects, but one safety trial participant did.

Many specialists remain deeply sceptical about aducanumab in particular, and the amyloid hypothesis more broadly. Last November ten out of the 11 members of an expert advisory panel appointed by the FDA voted against approving the drug on the basis of the research presented (the 11th was undecided). More recently, a new statistical study of various drug trials in Alzheimer’s & Dementia, the journal of the Alzheimer’s Association, a charity, shows what one of its authors, Edo Richard, a Dutch neurologist, calls “overwhelming evidence of absence of an effect of anti-amyloid therapy in general”. Dr Richard finds it “amazing” that the FDA has overruled its own advisory panel to reach the “scientifically questionable” ruling on the drug.

A study published last year in Neurology followed nearly 50,000 people in America and Europe from 1988 to 2015. It found that 8.6% developed dementia. But the risk of being among them had, remarkably, fallen by an average of about 13% a decade, from about a one-in-four chance for a 75-year-old in 1995 to less than one in five.

But, sadly, the FDA admits that it is not proven that the new drug, a monoclonal antibody to be sold under the name Aduhelm, actually works. The approval is misguided. It risks raising unrealistic expectations, wreaking financial harm on health-care systems, damaging the FDA’s reputation for scientific impartiality and perhaps even diverting attention from more hopeful approaches to treating dementia.

At $56,000 a year, the cost of Aduhelm treatment will create huge problems for health insurers and providers. Certainly the stockmarket has rewarded Biogen’s shares in the belief that a new blockbuster drug has just been given clearance. It is recommended only for people in the early stages of Alzheimer’s, diagnosed by a costly PET scan, and will require a course of monthly intravenous administration at a medical facility. Patients will require close monitoring as many develop brain swellings. But given the lack of any alternative, millions of Americans will be clamouring for the treatment for loved ones with Alzheimer’s.

The FDA’s approval also risks actually impeding some dementia research. Aduhelm might make it hard to recruit participants for clinical trials for new drugs, and to assess the results of them (if many patients are already taking the drug). And it may divert more resources into fresh efforts to validate the disputed amyloid hypothesis.

And, according to Pharmaprojects, an industry database, another 148 drugs for Alzheimer’s alone are in clinical development, only about 15% of which are directed at beta-amyloid.