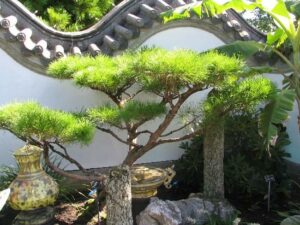 I met Usichenko in Barcelona at a conference there.  I was giving a talk and he was in the audience.  I wish I had been able to spend a bit more time with him.  He seems interested in the same things I am.  In my next post, I will link to a more recent study.

The individual sensitivity and TVNS parameters might play a role.

I wanted to highlight this last take away from the study.  This is exactly what I’m getting at with concentrating on HRV analysis.  It will hopefully be able to discern who might benefit from TAVNS and certain acupuncture protocols, and which parameters of TAVNS/acupuncture are the most useful for each patient. Please look at this post where I show that the TAVNS may? not be helpful.  At least is seems to lead to increased LF/HF.
Auton Neurosci. 2014 Oct;185:120-2. doi: 10.1016/j.autneu.2014.07.008. Epub 2014 Aug 7.

Vagal nerve stimulation is a promising method for the treatment of pain. The aim was to investigate the effect of non-invasive transcutaneous vagal nerve stimulation (TVNS) on the experimental pain threshold (PT) and to compare it with placebo. PT of standardized electrical stimulation was measured in 22 healthy male volunteers during two study sessions. TVNS was applied to the auricular concha bilaterally for 35min using 2Hz/100Hz bursts with the intensity, which was individually maximal but non-painful. During the placebo session, the volunteers received no stimulation. PT, heart rate and blood pressure were registered as outcome measures. There were no differences in PT values between TVNS and placebo conditions in the group analysis. Fifteen volunteers (responders) reacted with an increase in PT during TVNS (p<0.01 vs. baseline) but not during the placebo session. Another six participants reported decreased PT during and after TVNS (p<0.05 vs. baseline), but not during the placebo session. Heart rate and blood pressure did not change during the study. Transcutaneous vagal nerve stimulation may produce both anti- and pro-nociceptive effects in healthy volunteers. The individual sensitivity and TVNS parameters might play a role.