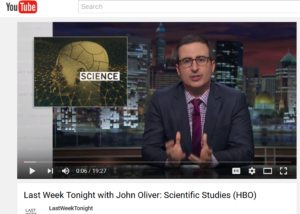 I am linking to a thorough and thoughtful article by David Epstein . The name of his article is “When Evidence Says No But Doctors Say Yes”. Careful readers of my blog  know that this is something that I’ve been concerned about almost since my blog’s inception. It is a phenomenon that I’ve called the “tyranny of logic”, meaning that certain drugs or procedures seem logical, that they should work, but they just don’t according to the research.  A recent example of this is drugs aimed at the proteins involved in Alzheimer’s disease.  But there are many other examples, recent and not so recent.

One of the topics he discussed was his work on stents and how he was surprised and appalled that even though stents have not been shown to work except in cases of acute heart attack, they nonetheless have been used for chronic disease.  This is a classic example of the current mental model so common in traditional medical practice, that is, of a machine.  The artery is narrowed, widen it with a tube.  Sounds logical, no?  But when tested stents provide no benefit and can incur harm.  As readers of my blog know, my education was in western medicine through med school and two specialties followed by years of practice as an Anesthesiologist.  But there are blind spots that occur through this mechanistic, and dare I say, reductionist thinking. But one huge problem is that just because something is logical, it doesn’t mean it helps.  The body is not a machine.  The term that Epstein uses is “bio- plausibility” instead of the “tyranny of logic”.   Article cited above touches on many topics in this blog.  Big Pharma.  First Do No Harm. Follow the Money.

Follow the Money. ” Nissen thinks removing financial incentives can also help change behavior. “I have a dozen or so cardiologists, and they get the exact same salary whether they put in a stent or don’t,” Nissen says, “and I think that’s made a difference and kept our rates of unnecessary procedures low.”

I remind readers of the segment by John Oliver called “Bad Science.”

He outlines the problem that studies are rarely repeated.  So a study comes out showing a positive result and there is no money, nor interest, for another lab to repeat it.  This is a huge problem!  Epstein

I will quote some of the article here.

“A separate but similarly themed study in 2012 funded by the Australian Department of Health and Ageing, which sought to reduce spending on needless procedures, looked across the same decade and identified 156 active medical practices that are probably unsafe or ineffective. The list goes on: A brand new review of 48 separate studies — comprising more than 13,000 clinicians — looked at how doctors perceive disease-screening tests and found that they tend to underestimate the potential harms of screening and overestimate the potential benefits; an editorial in American Family Physician, co-written by one of the journal’s editors, noted that a “striking feature” of recent research is how much of it contradicts traditional medical opinion.”