Senescent cells and the incidence of age-related diseases 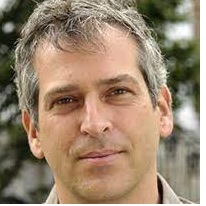 This article is from the Lab of Uri Alon looking at senescent cells in several age-related diseases.  I am a follower of Alon for a few reasons.  1. He has extremely helpful youtubes on choosing a scientific project, how to pose a good scientific question, and how to give a good talk . I think he even has a TED talk on how a good scientific question is a leap into the unknown.   I find him engaging and inspiring. 2.  In addition, he started out studying bacterial chemotaxis, just like me!  3. He studies systems biology, a discipline that is quite pertinent to acupuncure’s effects. 4. He is interested in the science of aging which is of interest to me because of course.  But also because aging was seen as part of the purview of ancient Chinese practitioners.

In this article he lays out why aging and damaged cells increase with age and can cause a vicious cycle of disease.

Age-related diseases such as cancer, cardiovascular disease, kidney failure, and osteoarthritis have universal features: Their incidence rises exponentially with age with a slope of 6-8% per year and decreases at very old ages. There is no conceptual model which explains these features in so many diverse diseases in terms of a single shared biological factor. Here, we develop such a model, and test it using a nationwide medical record dataset on the incidence of nearly 1000 diseases over 50 million life-years, which we provide as a resource. The model explains incidence using the accumulation of senescent cells, damaged cells that cause inflammation and reduce regeneration, whose level rise stochastically with age. The exponential rise and late drop in incidence are captured by two parameters for each disease: the susceptible fraction of the population and the threshold concentration of senescent cells that causes disease onset. We propose a physiological mechanism for the threshold concentration for several disease classes, including an etiology for diseases of unknown origin such as idiopathic pulmonary fibrosis and osteoarthritis. The model can be used to design optimal treatments that remove senescent cells, suggesting that treatment starting at old age can sharply reduce the incidence of all age-related diseases, and thus increase the healthspan.