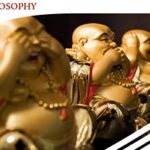 Low frequency acupuncture better than high frequency for pain in animal study.  Interesting since there has been a lot of research on the different opiate receptors involved in 2Hz versys 100 hz.  Maybe bogus?  Maybe not?

Although systematic studies have demonstrated that acupuncture or electroacupuncture (EA) analgesia is based on their accelerating endogenous opioid release to activate opioid receptors and that EA of different frequencies is mediated by different opioid receptors in specific areas of the central nervous system, there is little direct, real-time evidence to confirm this in vivo. The present study was designed to investigate the effects of transcutaneous electrical acupoint stimulation (TEAS), an analogue of EA, at low and high frequencies on μ-opioid receptor (MOR) availability in the brain of rhesus monkeys. Monkeys underwent 95-min positron emission tomography (PET) with 11 C-carfentanil three times randomly while receiving 0, 2, or 100 Hz TEAS, respectively. Each TEAS was administered in the middle 30 min during the 95-min PET scan, and each session of PET and TEAS was separated by at least 2 weeks. The results revealed that 2 Hz but not 100 Hz TEAS evoked a significant increase in MOR binding potential in the anterior cingulate cortex, the caudate nucleus, the putamen, the temporal lobe, the somatosensory cortex, and the amygdala compared with 0 Hz TEAS. The effect remained after the end of TEAS in the anterior cingulate cortex and the temporal lobe. The selective increase in MOR availability in multiple brain regions related to pain and sensory processes may play a role in mediating low-frequency TEAS efficacy.