Ioannidis on the Corona Virus Pandemic: Data is only partial 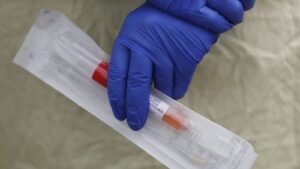 I’ve cited Ioannidis’ work previously in the blog (way way back in the day.)  Here and here.  He has one of the most downloaded papers in the history of Plos called “Why Most Published Research Findings Are False.”  As careful readers of this blog know, I, too can be skeptical of some of the conclusions drawn from modern medical studies since the incentives are so skewed by profits.  Here, Ioannidis discusses how we really don’t have sufficient data to draw conclusions, so caution is required.  His article has been widely cited to point out that draconian measures may be pointless.  An argument for not doing as much. Or put in another way “How can policymakers tell if they are doing more good than harm?”

He also makes an argument about the “flattening of the curve” that because part of the problem of overwhelming hospitals is that there are collateral deaths that are not related to the virus, flattening the curve (providing a longer time span) increases those deaths.

“Given the limited testing to date, some deaths and probably the vast majority of infections due to SARS-CoV-2 are being missed. We don’t know if we are failing to capture infections by a factor of three or 300.”

I think that we have obvious, current examples of how this virus can spread.  All caution is necessary.  It’s the precautionary principle at this point and our only weapon. A well reasoned counter argument here.

A fiasco in the making? As the coronavirus pandemic takes hold, we are making decisions without reliable data