Exercise, Not Surgery, for Back Pain 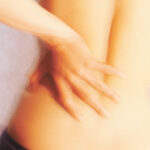 Perhaps surgery is not the greatest idea for back pain???  Those of us who provide alternatives would heartily agree, since we end up seeing many of the post operative patients who are still in pain.  From npr.

Groopman, a Harvard cancer specialist who writes about medicine for The New Yorker, wanted the problem fixed — right away. So he found a surgeon who removed a damaged , the jellylike cushioning between each vertebra.
The surgery didn’t fix his pain.
Then, one day during brunch at a friend’s house, something happened that altered the course of his life.
“I stood up from a chair and just had an explosive electric shock through my lower back,” he remembers. “Basically, I fell to the floor and couldn’t get up.”
His previous pain was severe. But this was over the top. Groopman could hardly move.
“I was so desperate after almost three weeks that I found a neurosurgeon and orthopedist who said, ‘You have spinal instability. We’ll fuse you, and in three weeks you’ll be playing football.’ ”
In a , surgeons weld together adjacent vertebrae with a bone graft. It’s an operation.
But for Groopman, more surgery made things worse.
“I woke up from the surgery in excruciating pain, and basically could hardly move my legs,” he says. “And I remember the orthopedic surgeon coming by and saying, ‘Well, I don’t know why you’re having so much trouble. … But, you know, if it doesn’t get better in a few weeks we could reoperate.’ ”
Some research suggests that who have surgery for back pain end up having more surgery. For some, like Jerry Groopman, it doesn’t help at all…
Lots of people who are pain-free actually have terrible-looking MRIs. And among those who have MRI abnormalities and pain, many specialists question whether the abnormality is really the cause of the pain, and whether fixing it can make the pain go away…Research is showing that the pain often has nothing to do with the mechanics of the spine, but with the way the nervous system is behaving, according to of New England Baptist Hospital in Boston.
“It’s a change in the way the sensory system is processing information,” says Rainville, who is a physiatrist, or specialist in rehabilitation medicine. “Normal sensations of touch, sensations produced by movements, are translated by the nervous system into a pain message. That process is what drives people completely crazy who have back pain, because so many things produce discomfort.”
This is a different way of thinking about pain. Normally pain is an alarm bell that says, “Stop what you’re doing right now or you may hurt yourself!” But for many people, that pain is a false signal. It’s not about looming danger; it’s actually caused by hypersensitive nerves.
Rainville says that about of patients with acute back trouble get stuck in an endless loop of pain. He thinks this chronic back pain is often due to persistent hypersensitivity of the nervous system.
Genetics may help explain why back pain becomes chronic for that 25 percent. But whatever the underlying cause, Rainville and others have discovered that many of them can learn to ignore their pain…
When Does Surgery Help?

Surgery is often indicated for conditions like severe spinal stenosis, herniated discs, tumors, trauma, scoliosis and other spinal deformities. But less than 5 percent of people with back pain ae candidates for surgery, according to some research.