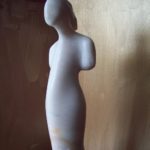 This is background for my hypothesis that acupuncture stress reduction is a key component of symptom relief for tinnitus and many other clinical conditions.  All theoretical until I nail it down with decent studies.

Tinnitus is defined as an intrinsic sound perception that cannot be attributed to an external sound source. Distress in tinnitus patients is related to increased beta activity in the dorsal part of the anterior cingulate and the amount of distress correlates with network activity consisting of the amygdala-anterior cingulate cortex-insula-parahippocampus. Previous research also revealed that distress is associated to a higher sympathetic (OS) tone in tinnitus patients and tinnitus suppression to increased parasympathetic (PS) tone.

The aim of the present study is to investigate the relationship between tinnitus distress and the autonomic nervous system and find out which cortical areas are involved in the autonomic nervous system influences in tinnitus distress by the use of source localized resting state electroencephalogram (EEG) recordings and electrocardiogram (ECG). Twenty-one tinnitus patients were included in this study.

The results indicate that the dorsal and subgenual anterior cingulate, as well as the left and right insula are important in the central control of heart rate variability in tinnitus patients. Whereas the sympathovagal balance is controlled by the subgenual and pregenual anterior cingulate cortex, the right insula controls sympathetic activity and the left insula the parasympathetic activity. The perceived distress in tinnitus patients seems to be sympathetically mediated.