Vaccination Does Prevent Illness as well as Spreading of Covid 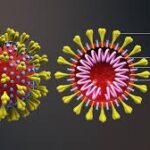 Another great article from National Geographic about the vaccines and how they help to mitigate disease and its spread.

After any infection, “you have white blood cells, specifically T and B cells, that hang around and remember that initial infection so that if you do become infected again, these memory cells respond by immediately multiplying their numbers,” she says. The B cells produce antibodies that bind to circulating viruses and infected cells while T cells “basically punch holes in the infected cell and pump them full of these toxins that tell the infected cell to commit suicide.”

A vaccine induces the same immune memory as an infection so if the real virus comes along, the immune system switches on immediately and produces T cells, B cells, and antibodies.

“That will allow you to clear the infection without you even recognizing that you’ve gotten sick,” Morrison says…

Taken together, the evidence shows that full vaccination with either mRNA vaccine cuts risk of infection by at least half after one dose, and by 75 to 90 percent two weeks after the second dose. Though less research is available on the Johnson & Johnson vaccine, the trial data suggest an infection reduction of more than 70 percent is likely. With the vaccines preventing this much infection, they’re also stopping the majority of vaccinated people from passing along the virus…

“These vaccines have really exceeded expectations in so many ways, and it’s just an enormous value that they can keep you from getting sick but also keep you from transmitting to others,” she says. “Nothing is 100 percent, but I think people can understand the big reduction and the value of that. It changes how I think about what I want to do in a big way.”

But that doesn’t mean throwing caution to the wind, Morrison says.

“If you’re vaccinated, you can pretty much assume that you are protected against severe disease and very likely protected against enough infection to transmit, but because we have these variants emerging and the fact that we’re not even close to herd immunity, people should still be taking precautions,” Morrison says.