You are here: Home / Autonomic Nervous System / Toward the Existence of a Sympathetic Neuroplasticity Adaptive Mechanism Influencing the Immune Response. A Hypothetical View—Part I and II
Tweet
Share
Share
Pin
0 Shares 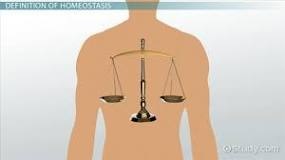 I monitor autonomic activity in the clinic during acupuncture treatment.  I use heart rate variability (HRV) and concentrate mostly on vagal activity or parasympathetic activity.  But I’ve been impressed with the strength of the correlation of sympathetic activity with treatment, usually decreasing, with acupuncture and TAVNS also.  I wasn’t aware that there was a whole body of work looking at the role of the sympathetic nervous system in immunology.  Immunology is an important aspect of acupuncture effectiveness so this research is of use to help broaden the way I look these topics.

Toward the Existence of a Sympathetic Neuroplasticity Adaptive Mechanism Influencing the Immune Response. A Hypothetical View—Part I

The nervous system exerts a profound influence on the function of the immune system (IS), mainly through the sympathetic arm of the autonomic nervous system. In fact, the sympathetic nervous system richly innervates secondary lymphoid organs (SLOs) such as the spleen and lymph nodes. For decades, different research groups working in the field have consistently reported changes in the sympathetic innervation of the SLOs during the activation of the IS, which are characterized by a decreased noradrenergic activity and retraction of these fibers. Most of these groups interpreted these changes as a pathological phenomenon, referred to as “damage” or “injury” of the noradrenergic fibers. Some of them postulated that this “injury” was probably due to toxic effects of released endogenous mediators. Others, working on animal models of chronic stimulation of the IS, linked it to the very chronic nature of processes. Unlike these views, this first part of the present work reviews evidence which supports the hypothesis of a specific adaptive mechanism of neural plasticity from sympathetic fibers innervating SLOs, encompassing structural and functional changes of noradrenergic nerves. This plasticity mechanism would involve segmental retraction and degeneration of these fibers during the activation of the IS with subsequent regeneration once the steady state is recovered. The candidate molecules likely to mediate this phenomenon are also here introduced. The second part will extend this view as to the potential changes in sympathetic innervation likely to occur in inflamed non-lymphoid peripheral tissues and its possible immunological implications.

Toward the Existence of a Sympathetic Neuroplasticity Adaptive Mechanism Influencing the Immune Response. A Hypothetical View—Part II

In the preceding work, a hypothesis on the existence of a specific neural plasticity program from sympathetic fibers innervating secondary lymphoid organs was introduced. This proposed adaptive mechanism would involve segmental retraction and degeneration of noradrenergic terminals during the immune system (IS) activation followed by regeneration once the IS returns to the steady-state. Starting from such view, this second part presents clinical and experimental evidence allowing to envision that this sympathetic neural plasticity mechanism is also operative on inflamed non-lymphoid peripheral tissues. Importantly, the sympathetic nervous system regulates most of the physiological bodily functions, ranging from cardiovascular, respiratory and gastro-intestinal functions to endocrine and metabolic ones, among others. Thus, it seems sensible to think that compensatory programs should be put into place during inflammation in non-lymphoid tissues as well, to avoid the possible detrimental consequences of a sympathetic blockade. Nevertheless, in many pathological scenarios like severe sepsis, chronic inflammatory diseases, or maladaptive immune responses, such compensatory programs against noradrenergic transmission impairment would fail to develop. This would lead to a manifest sympathetic dysfunction in the above-mentioned settings, partly accounting for their underlying pathophysiological basis; which is also discussed. The physiological/teleological significance for the whole neural plasticity process is postulated, as well.