The incidence of ADHD diagnosis has skyrocketed as even a casual observer will have noticed.  Of course it’s another incidence of “follow the money.”  And, of course, these medications are not without their risks.

“The numbers make it look like an epidemic. Well, it’s not. It’s preposterous,” Dr. Conners, a psychologist and professor emeritus at Duke University, said in a subsequent interview. “This is a concoction to justify the giving out of medication at unprecedented and unjustifiable levels.” 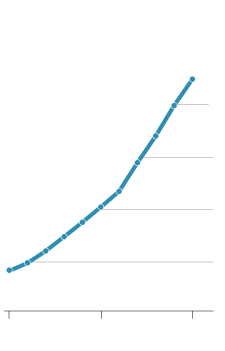 Sales of prescription stimulants have more than quintupled since 2002.

The rise of A.D.H.D. diagnoses and prescriptions for stimulants over the years coincided with a remarkably successful two-decade campaign by pharmaceutical companies to publicize the syndrome and promote the pills to doctors, educators and parents. With the children’s market booming, the industry is now employing similar marketing techniques as it focuses on adult A.D.H.D., which could become even more profitable.

Profits for the A.D.H.D. drug industry have soared. Sales of stimulant medication in 2012 were nearly $9 billion, more than five times the $1.7 billion a decade before, according to the data company IMS Health.