Back to Blog
Uncategorized 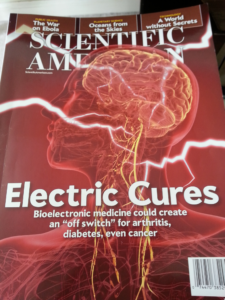 The influence of respiration on brainstem and cardiovagal response to auricular vagus nerve stimulation: A multimodal ultrahigh-field (7T) fMRI study.

We proposed that targeting of nucleus tractus solitarii (NTS) and cardiovagal modulation in response to taVNS stimuli would be enhanced when stimulation is delivered during a more receptive state, i.e. exhalation.