This data is quite encouraging.  This case is a 65+ year old male with PTSD with resulting defensive ideation, and fear.  As described  in the last blog post.

” This produces behaviors consistent with fight, flight, or immobilization that fluctuate depending on internal state and interactions with perceived threat (17–19). Variations in these defensive response styles may, for example, present as depression (immobilization), intermittent explosive disorder (fight), or anxiety (flight).”

He had received weekly acupuncture but was replaced with twice daily TAVNS over the last 3 months.  That’s pretty decisive data.  He’s an exception in that he has followed through and used his device without fail.  I should add that earlier data had quite a few ectopic beats.  Those have almost entirely subsided.

His outlook and mood have improved also.  Nice! 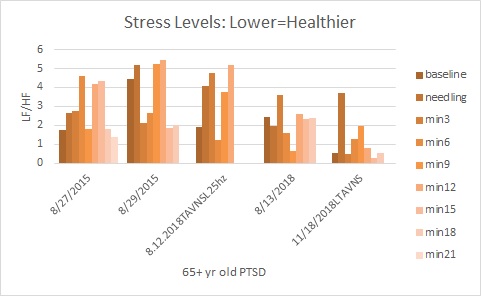 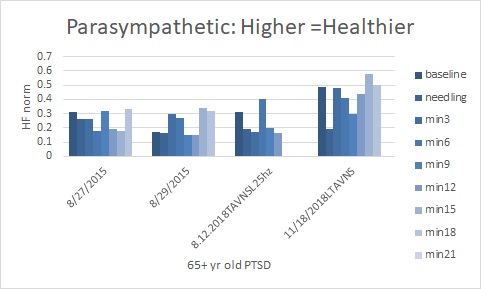 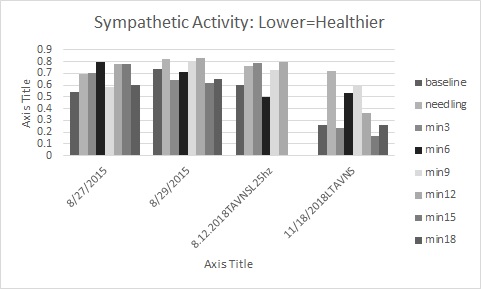