MRI and X-Ray Often Worse than Useless for Back Pain

Reading through this article I went from peeved to enraged.  This has been in the literature for decades and yet, STILL, people consider an MRI the gold standard and demand it. Doctors sort of have to oblige.  And yet imaging, Xray AND MRI lead to higher disability for a number of reasons.  Back pain does not fit into the model of Man as Machine.  We have to just stop with that.

I had to love this, 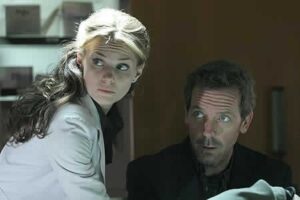 House: Give him a whole body scan.

House: Because they’re useless. You could probably scan every one of us and find five different doodads that look like cancer.

They don’t always make false alarms, of course. MRI is a miracle technology, no doubt about it — the ability to get clear images of soft tissues deep inside the body is valuable, and extremely tempting for everyone involved.12 MRI can shine when it’s actually needed and done well.

But if MRI is a great power, it’s not being used with great responsibility: it’s not needed anywhere near as much as it is actually used, and it’s especially not needed for most low back pain. Spines usually look worse than they are. Seemingly scary spinal degeneration is shown by MRI in high percentages of symptomatic people. Diagnosis based mainly on such findings is usually misleading.

Low back pain is extremely multifactorial, and the spinal glitches MRI reveals are just one ingredient in a rich stew of risk factors. Zooming in on what MRIs show is doomed to diagnostic failure. Radiology reports are usually written without clinical context, and results are often presented to as if a spinal glitch is a diagnosis in itself. But low back pain experts have long understood that you simply cannot reliably diagnose low back pain with MRI or with X-ray in isolation3 — and trying to do so reliably raises false alarms that actually do harm.4 Premature MRI is actually often worse than useless, scaring patients badly and doing real harm.

Got low back pain? See the advanced low back pain tutorial. Or learn when to worry about about back (and when not to).

This is an old issue. It has been criticized at least as far back as the early 90s. At that time, one study pointed out that almost half of MRI’s in California were “medically inappropriate” and profit motivated.5 The lameness of MRI was pointed out firmly by the American College of Physicians and the American Pain Society in their 2007 guidelines for the management of low back pain.6

Bizarrely, that message has not yet reached many therapists and doctors. Scientific journals are still publishing (and re-publishing) guidelines like these — perhaps eventually the message will get through!

The most important recommendation was that doctors should avoid giving people X-rays and MRI unless the clinical situation is really rather bad, such as severe and persistent neurological symptoms. The authors labelled this recommendation “strong,” and believe the evidence to support it is “moderate.”

I think that the recommendation should now be “stronger than strong, very strong, really extremely strong,” and the evidence supporting it can be considered “bulletproof.”

That image shows the full history of that persons life. It shows the fresh wounds that may be related to their current pains, but it also shows all of the scars that they’ve accumulated over the years. So in showing the wounds and scars, no radioloist should be giving opinons as to what features correlate with pain until they’ve seen the patient and assessed them and understood their pains. This is a general flaw in medicine. I don’t believe radiologists should write a report without the context of the pain that the person presents with.

What’s the big deal? Why is it so important to actually avoid using X-ray and MRI to diagnose back pain?

No one wants a false alarm, but what’s the big deal about a few diagnostic red herrings? It’s a worse problem than you might think in (at least) two major ways …

First, X-rays and MRIs genuinely spook people! It strongly reinforces the idea that something might is broken or crooked, a common and extremely misguided idea about back pain (and many, many other problems7). And nothing is worse for back pain than fear. Fear is the “back killer.”8

Second, imaging often just fails to clarify the situation, or it actually muddies the diagnostic waters. A mountain of scientific evidence clearly suggests that back pain correlates really, really badly with these test results. Many people with no pain have all kinds of things “wrong” with their backs, and vice versa. Many problems revealed by scans that seem like “obvious” problems are not. For instance, not only do at least half of “slipped” discs return to where they belong just fine on their own,9 but it’s actually the worst ones that are the most likely to resolve on their own.10 And so the diagnosis and treatment often goes spinning off in the wrong direction. This is a major part of the reason why there are such scary statistics about the economic costs of back pain.

There are exceptions — sometimes imaging finds something important — and that’s why these tests can be appropriate for some kinds of severe and persistent low back pain. But it’s just a generally lousy way to try to figure out why your back hurts.

Looking where the (high-tech) light is

MRI overuse is a classic “streetlight effect” mistake: focusing only where the light is good. MRI makes it easy to medically emphasize what seems important in back pain, but the condition of the spine is one thing, and back pain is another. Consider the results of a major 2015 review by Brinjikji et al: signs of degeneration are present in very high percentages of healthy people with no problem at all. “Many imaging-based degenerative features are likely part of normal aging and unassociated with pain.”11

So spines usually look worse than they are, and seemingly scary spinal degeneration is shown by MRI in high percentages of symptomatic people. Diagnosis based mainly on such findings is frequently misleading.