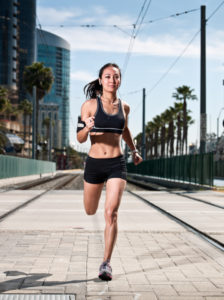 Exercise: A form of Hormesis

I link to this article not because it even mentions acupuncture, but because hormesis is mentioned more and more.  Hormesis is the phenomenon of a slight stressor conferring some protection to the organism.  A classic example is exercise.  In exercise you stress yourself to a point, but not to the point of actual damage.  In doing this in a careful and progressive manner, you make the body stronger.

In this article they, of course, are looking for pharmaceutical hormetic agents.  My hypothesis is that acupuncture does this as well.  By incurring a slight injury, you trigger the body to heal.  Over time the body can react in a more beneficial and rapid manner.  Hence, you see better mood, immunity, inflammation and longer life in acupuncture patients.

Hormesis and Defense of Infectious Disease

Infectious diseases are a global health burden and remain associated with high social and economic impact. Treatment of affected patients largely relies on antimicrobial agents that act by directly targeting microbial replication. Despite the utility of host specific therapies having been assessed in previous clinical trials, such as targeting the immune response via modulating the cytokine release in sepsis, results have largely been frustrating and did not lead to the introduction of new therapeutic tools. In this article, we will discuss current evidence arguing that, by applying the concept of hormesis, already approved pharmacological agents could be used therapeutically to increase survival of patients with infectious disease via improving disease tolerance, a defense mechanism that decreases the extent of infection-associated tissue damage without directly targeting pathogenic microorganisms.

Infections are among the leading causes of death, taking the life of 10 to 15 million people every year [1,2]. The majority of fatal cases occur in the developing world [2]. Even in settings with sufficient health care resources, treatment of patients with infections is becoming increasingly difficult due to raising rates of microbial resistance to applied agents affecting mostly protozoan [3] and bacterial [4,5] pathogens. Despite new antimicrobial drugs licensed in recent years, pharmacological innovation is still insufficient. Strategies that have been deployed to decrease infectious disease mortality such as disinfection, vaccination, and antimicrobial drugs share the same mode of action, i.e., the reduction of the number of pathogens [6,7]. This strategy is used by the immune system and in this context referred to as resistance [6,7]. However, infected hosts also use another less recognized defense strategy namely disease tolerance to infection, whose potential for the treatment of infectious disease has been under-recognized. Mechanisms that afford disease tolerance limit the extent of tissue damage associated with infection (tissue damage control (described in [6,8])). In order to obtain an optimized level of protection against infectious disease, activity of both defense mechanisms will be required (Figure 1). Of note, stress or damage to the parenchyma is not only imposed by pathogens or their products, i.e., toxins. Also, soluble and cellular components of the immune system, such as cytokines produced by myeloid cells or lymphocytes, are potentially harmful [9,10]. The dysfunction and damage imposed by immune systems is commonly referred to as immunopathology [7,11], a well described driver of bacterial infections [9,10,12] and sterile inflammation [13,14].

Figure 1
(a) Schematic Kaplan–Meier survival plot illustrating the protective effect exerted by disease tolerance and resistance mechanisms. Activity of both mechanisms is required in order to obtain the optimal level of protection. (b) Schematic display …
Go to:

2. Disease Tolerance as a Concept of Protection against Inflammatory Tissue Damage

Disease tolerance as an important defense mechanism has been recognized in the field of botany for over 120 years. First descriptions can be traced to an Australian study published in 1894 in which Nathan Augustus Cobb investigated rust-enduring in wheat [15,16] Sixty years later, tolerance was portrayed, as the ability to withstand an infection without loss in fitness [16,17]. While some authors describe the same defense strategy as ‘endurance’ or ‘resilience’ [18], the term tolerance has recently been used explicitly in accordance with immune tolerance, based on a phenomenon that limits damage elicited by a given effector [19]. Conceptually, disease tolerance to infection has been translated into mammals by the pioneering work from groups lead by Read [20], Medzhitov [21], and Soares [22,23,24] and comprehensively reviewed recently [6,7,8]. Overall, disease tolerance has been shown to provide protection against different classes of pathogens, including of viral [25], protozoan [20,23], or bacterial origin [24,26].

Beneficial effects of disease tolerance to infection have been in depth revealed in the field of iron/heme infection biology. Degradation of heme and appropriate adaptive metabolism of released iron are important features that decrease tissue dysfunction/damage and enhance survival in malaria [27,28,29] and polymicrobial sepsis [24,26]. More generally, a variety of master-regulators are held responsible to assure tissue damage control during systemic infections (described in detail in reference [8]). These encompass transcription factor nuclear factor-erythroid 2-related factor 2 (NRF2) for the oxidative stress response [30] or ataxia teleangiectasia mutated (ATM) kinase (ATM) for the DNA damage response [9] amongst others [31].

“Dosis sola facit venenum” 500 years ago, Theophrastus Bombastus von Hohenheim, also known as Paracelsus, described a long-known phenomenon of dose dependent effects of pharmacological active substances also referred to as hormesis (reviewed in [32,33]). Underlying biphasic dose-response relationships have been investigated extensively for immune cell migration, cytokine release, activity, and trafficking (reviewed in [34]). While many of the described drugs are used in the daily routine, their hormetic potential to alter immune cell function and gene transcription in infectious disease or their capability to activate disease tolerance mechanisms are yet unexplored.

The concept of hormesis in pharmacological application for infectious disease has recently been revived due to fundamental discoveries in pharmacology and toxicology applying substances at very low doses. For example, gasotransmitters such as carbon monoxide are commonly known for their strong toxic and lethal effects, causing hypoxia via the formation of complexes with heme (carboxyhemoglobin) [35]. The same gasotransmitters, if administered at lower dosages, protect against the deleterious outcome of endotoxemia [36] and malaria [29].

According, to the concept of hormesis, low-dose preconditioning by pro-inflammatory cues, or other harmful cues, can modify a subsequent response to the same or alternative insults [37,38].

This notion has been investigated in detail recently in the case of adaptation of monocytes to stress. Exposing monocytes to different pathogen associated molecular patterns (PAMPs) at particularly low dosage resulted in an adaptive cytokine release after a subsequent application of bacterial lipopolysaccharide (LPS) [39]. Low concentrations of LPS (10 pg/mL) resulted in increased TNFα and Interleukin-6 levels, whereas high concentrations (10–100 ng/mL) induced immune tolerance as shown by reduced release of TNFα and Interleukin-6 after stimulation [39].