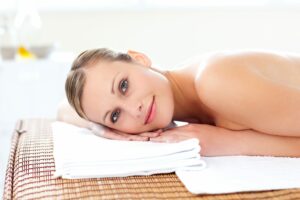 Interesting selection of points.  Perhaps necessary in the case of using mice, but nonetheless maybe I should branch out a bit.  I ususally like using points on the distal extremities because, according to the ancient teachings, they are more powerful.  They treated the mice daily for 7 or 14 days and were able to show differences in their brain reactions in specific areas.
Front. Psychol., 05 July 2019 | https://doi.org/10.3389/fpsyg.2019.01353

Depression is a serious psychiatric disorder with an enormous socioeconomic burden, and it is commonly comorbid with pain, chronic fatigue, or other inflammatory diseases. Recent studies have shown that acupuncture is an effective therapeutic method for reducing depressive symptoms; however, the underlying mechanism remains unknown. In this study, we investigated the effects of acupuncture on chronic stress-induced depression-like behavior and its central neural mechanisms in the brain. We induced chronic restraint stress (CRS) in male C57BL/6 mice for 14 or 28 consecutive days. Acupuncture treatment was performed at KI10·LR8·LU8·LR4 or control points for 7 or 14 days. Depression-like behavior was assessed with the open field test. Then, brain neural activity involving c-Fos and serotonin-related mechanisms via the 5-HT1A and 5-HT1B receptors were investigated. Acupuncture treatment at KI10·LR8·LU8·LR4 points rescued the depressive-like behavior, while control points (LU8·LR4·HT8·LR2) and non-acupoints on the hips did not. Brain neural activity was changed in the hippocampus, cingulate cortex, motor cortex, insular cortex, thalamus, and the hypothalamus after acupuncture treatment. Acupuncture treatment increased expression of 5-HT1A receptor in the cortex, hippocampus, thalamus, and the hypothalamus, and of 5-HT1B in the cortex and thalamus. In conclusion, acupuncture treatment at KI10·LR8·LU8·LR4 was effective in alleviating the depressive-like behavior in mice, and this therapeutic effect was produced through central brain neural activity and serotonin receptor modulation.