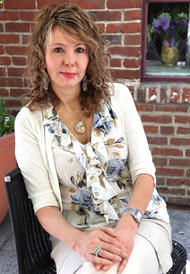 Could it be any more obvious?  Of course, NYTimes has to play it right down the middle, even though Monsanto has everything to gain, and what does this dietician have to gain?  Follow the Money.  Again, if GMO’s are so safe, label them.

The politics of genetically modified food has created a rift in a policy-setting committee of the influential Academy of Nutrition and Dietetics that demonstrates the difficulty in finding anyone — anywhere — who doesn’t already have an opinion on the issue.

“Perhaps it is possible for someone who works for an organization that creates or promotes G.M.O.’s to be objective, however, that would be hard to do,” Carole Bartolotto, a registered dietitian in California, wrote in a Feb. 6 e-mail to an academy executive.

The academy cited her failure to disclose a consulting practice she lists on her blog as its reason for dismissing her, though she insists it is a business in name only…

The incident arises at a time of growing consumer awareness and debate over genetically modified foods — with more than 30 states considering labeling laws — and rising pressure on companies to reduce their use of genetically engineered ingredients.

Last fall, the dietetics academy, which has 74,000 members and whose endorsement is coveted by companies and advocacy groups alike, found itself embroiled in the war over a California ballot initiative that would have required labels on foods made with genetically engineered ingredients.