Coffee, Good for you

Yay!  Having only sporadically been able to kick the coffee habit, extremely happy to hear that it’s good for you.  The Swedes, where they drink 5-6 times the amount we drink here in the States, must be even more happy.
June 6, 2013, 12:01 am
This Is Your Brain on Coffee
By GRETCHEN REYNOLDS
For thousands of years, coffee has been one of the two or three most popular 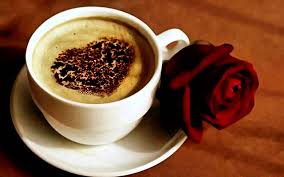 beverages on earth. But it’s only recently that scientists are figuring out that the drink has notable health benefits. In one large-scale epidemiological study from last year, researchers primarily at the National Cancer Institute parsed health information from more than 400,000 volunteers, ages 50 to 71, who were free of major diseases at the study’s start in 1995. By 2008, more than 50,000 of the participants had died. But men who reported drinking two or three cups of coffee a day were 10 percent less likely to have died than those who didn’t drink coffee, while women drinking the same amount had 13 percent less risk of dying during the study. It’s not clear exactly what coffee had to do with their longevity, but the correlation is striking.
Other recent studies have linked moderate coffee drinking — the equivalent of three or four 5-ounce cups of coffee a day or a single venti-size Starbucks — with more specific advantages: a reduction in the risk of developing Type 2 diabetes, basal cell carcinoma (the most common skin cancer), prostate cancer, oral cancer and breast cancer recurrence.
Perhaps most consequential, animal experiments show that caffeine may reshape the biochemical environment inside our brains in ways that could stave off dementia. In a 2012 experiment at the University of Illinois at Urbana-Champaign, mice were briefly starved of oxygen, causing them to lose the ability to form memories. Half of the mice received a dose of caffeine that was the equivalent of several cups of coffee. After they were reoxygenated, the caffeinated mice regained their ability to form new memories 33 percent faster than the uncaffeinated. Close examination of the animals’ brain tissue showed that the caffeine disrupted the action of adenosine, a substance inside cells that usually provides energy, but can become destructive if it leaks out when the cells are injured or under stress. The escaped adenosine can jump-start a biochemical cascade leading to inflammation, which can disrupt the function of neurons, and potentially contribute to neurodegeneration or, in other words, dementia.
In a 2012 study of humans, researchers from the University of South Florida and the University of Miami tested the blood levels of caffeine in older adults with mild cognitive impairment, or the first glimmer of serious forgetfulness, a common precursor of Alzheimer’s disease, and then re-evaluated them two to four years later. Participants with little or no caffeine circulating in their bloodstreams were far more likely to have progressed to full-blown Alzheimer’s than those whose blood indicated they’d had about three cups’ worth of caffeine.
There’s still much to be learned about the effects of coffee. “We don’t know whether blocking the action of adenosine is sufficient” to prevent or lessen the effects of dementia, says Dr. Gregory G. Freund, a professor of pathology at the University of Illinois who led the 2012 study of mice. It is also unclear whether caffeine by itself provides the benefits associated with coffee drinking or if coffee contains other valuable ingredients. In a 2011 study by the same researchers at the University of South Florida, for instance, mice genetically bred to develop Alzheimer’s and then given caffeine alone did not fare as well on memory tests as those provided with actual coffee. Nor is there any evidence that mixing caffeine with large amounts of sugar, as in energy drinks, is healthful. But a cup or three of coffee “has been popular for a long, long time,” Dr. Freund says, “and there’s probably good reasons for that.”