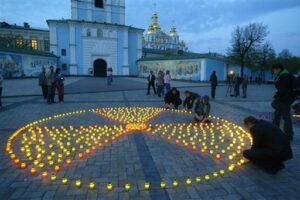 This comes as no surprise.  There are some anti-nuclear activists who won’t even drink French wine since the fallout was all over Europe.  One positive to come from so much suffering is that it may have slowed the nuclear industry, and now with Fukishima the momentum has reversed. The other positive is that we may be able to apply the stats here to over exposure to radiation in other contexts.  I know, thin gruel, but we can’t look away.  We’ve discussed the hazards of radiation exposure here, here, here and here.  Go to the blog for more, also.

LEUKEMIA
Cancer tied to Chernobyl cleanup
Workers who cleaned up after the 1986 Chernobyl nuclear-power plant explosion share a significantly increased risk of developing leukemia, according to a new UCSF study. The findings, which appeared last week in Environmental Health Perspectives, have broader implications for health beyond Chernobyl, the researchers said. They may help scientists better define cancer risk linked with low doses of radiation from medical procedures, such as computed tomography scans.