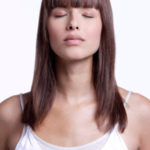 This whole approach and way of looking at stress and reactivity may, or may not have pertinence to the study I’m preparing for the International Society for Acupuncture and Meridian Studies (ISAMS) in Stockholm.  This study that I linked to previously, tries to address the issue of a person’s (autonomic)nervous system reactivity and their response to acupuncture. The following paper looks in depth at the influences on someone’s intrinsic reactivity to stress.  It’s complicated and interesting.  Acupuncture is not a psychological stressor, rather a subtle physiological one. I’m struggling with this individual variation as yet ANOTHER variabile in patient’s acupuncture and HRV/stress response.  My study involves anxiety patients who are extremely sensitive, and sensitive to needling, yet respond very well to acupuncture.  Their HRV profiles are different from most clinical responders who are not needle sensitive and anecdotally their HRV profiles are also different from anxiety patients who are not needle sensitive. In short, though they respond clinically, their HRV profiles are not the same as other responders in that their LF/HF ratio does not decrease reliably during the treatment, at least during the same windows as other clinical responders.  It’s a real puzzle and makes me worry that HRV is just too blunt an instrument to capture the physiological change during acupuncture.  Too many variables.
Dev Psychopathol. 2005 Spring;17(2):271-301.
Biological sensitivity to context: I. An evolutionary-developmental theory of the origins and functions of stress reactivity.
Boyce WT, Ellis BJ.

Biological reactivity to psychological stressors comprises a complex, integrated, and highly conserved repertoire of central neural and peripheral neuroendocrine responses designed to prepare the organism for challenge or threat. Developmental experience plays a role, along with heritable, polygenic variation, in calibrating the response dynamics of these systems, with early adversity biasing their combined effects toward a profile of heightened or prolonged reactivity. Conventional views of such high reactivity suggest that it is an atavistic and pathogenic legacy of an evolutionary past in which threats to survival were more prevalent and severe. Recent evidence, however, indicates that (a) stress reactivity is not a unitary process, but rather incorporates counterregulatory circuits serving to modify or temper physiological arousal, and (b) the effects of high reactivity phenotypes on psychiatric and biomedical outcomes are bivalent, rather than univalent, in character, exerting both risk-augmenting and risk-protective effects in a context-dependent manner. These observations suggest that heightened stress reactivity may reflect, not simply exaggerated arousal under challenge, but rather an increased biological sensitivity to context, with potential for negative health effects under conditions of adversity and positive effects under conditions of support and protection. From an evolutionary perspective, the developmental plasticity of the stress response systems, along with their structured, context-dependent effects, suggests that these systems may constitute conditional adaptations: evolved psychobiological mechanisms that monitor specific features of childhood environments as a basis for calibrating the development of stress response systems to adaptively match those environments. Taken together, these theoretical perspectives generate a novel hypothesis: that there is a curvilinear, U-shaped relation between early exposures to adversity and the development of stress-reactive profiles, with high reactivity phenotypes disproportionately emerging within both highly stressful and highly protected early social environments.