Back to Blog
Uncategorized

Autism and Inflammatory Markers: IL-37 is increased in brains of children with autism spectrum disorder and inhibits human microglia stimulated by neurotensin 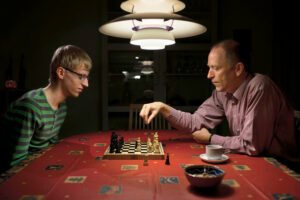 Autism Spectrum Disorder has some origins in inflammation, as does almost every disease and condition that ails us.  I’ve discussed autism over the years. I will be goint to a Neuromodulation conference next week and hope there might be some presentations on this.

IL-37, an antiinflammatory cytokine, is increased along with the proinflammatory cytokine IL-18 and its receptor IL-18R in the amygdala and dorsolateral prefrontal cortex of children with autism spectrum disorder (ASD). IL-37 inhibits neurotensin (NT)-stimulated secretion and gene expression of IL-1β and CXCL8 from cultured human microglia, the resident immune cells of the brain. Moreover, NT, IL-1β, and TNF increase gene expression of IL-37 in these microglia. These findings highlight the important role of NT in the activation of microglia and of IL-37 in the inhibition of inflammation, thus supporting the development of IL-37 as a treatment for ASD.

Autism spectrum disorder (ASD) does not have a distinct pathogenesis or effective treatment. Increasing evidence supports the presence of immune dysfunction and inflammation in the brains of children with ASD. In this report, we present data that gene expression of the antiinflammatory cytokine IL-37, as well as of the proinflammatory cytokines IL-18 and TNF, is increased in the amygdala and dorsolateral prefrontal cortex of children with ASD as compared to non-ASD controls. Gene expression of IL-18R, which is a receptor for both IL-18 and IL-37, is also increased in the same brain areas of children with ASD. Interestingly, gene expression of the NTR3/sortilin receptor is reduced in the amygdala and dorsolateral prefrontal cortex. Pretreatment of cultured human microglia from normal adult brains with human recombinant IL-37 (1 to 100 ng/mL) inhibits neurotensin (NT)-stimulated secretion and gene expression of IL-1β and CXCL8. Another key finding is that NT, as well as the proinflammatory cytokines IL-1β and TNF increase IL-37 gene expression in cultured human microglia. The data presented here highlight the connection between inflammation and ASD, supporting the development of IL-37 as a potential therapeutic agent of ASD.

Autism spectrum disorder (ASD) is a neurodevelopmental condition characterized by impaired social interactions and communication (1–3). ASD presently affects about 1 in 59 children and is estimated to reach 1 in 40 children in 2020 (4–6). The complexity of the factors involved in the clinical picture of ASD has hampered the development of effective treatments. While the pathogenesis of ASD is unknown, it appears to involve some immune (7–10), autoimmune (11, 12), or inflammatory (13) component. In fact, perinatal brain inflammation (14, 15) has been considered in the pathogenesis of neuropsychiatric disorders (16, 17), including ASD (13, 18).

A number of inflammatory molecules, such as interleukin-1β (IL-1β), tumor necrosis factor (TNF), and chemokine (C-X-C motif) ligand 8 (CXCL8), have been shown to be increased in the serum, cerebrospinal fluid (CSF), and brain of many patients with ASD (19–21). We had previously reported increased levels of neurotensin (NT) in the serum of children with ASD compared to non-ASD controls (22, 23). Our laboratory demonstrated that NT stimulates gene expression and secretion of the proinflammatory cytokine IL-1β and the chemokine CXCL8 from cultured human microglia (24). A number of other authors have reported the activation of microglia in the brains of children with ASD (24–26), supporting the presence of inflammation (27, 28).

Interleukin-37 (IL-37, previously known as IL-1F7) belongs to the IL-1 family of cytokines (29) and is a natural suppressor of inflammation (30–32). Five isoforms (a–e) have so far been identified with the “b” isoform being the most well studied (33). IL-37 is produced mainly by activated macrophages in response to Toll-like receptor (TLR) activation. An IL-37 precursor (pro–IL-37) is cleaved by caspase-1 into mature IL-37, some of which (∼20%) enters the nucleus and the rest is released along with the pro–IL-37 outside the cells (34) where both are biologically active. Extracellular proteases can then process pro–IL-37 into a much more biologically active form as shown for the recombinant IL-37b with the N terminus Val46 (V46-218) (35).