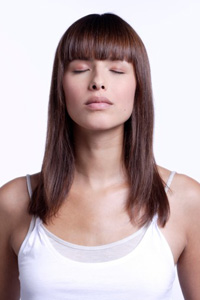 In the chapter of my book project “Deep Resilience” on Longevity-Chapter-for-blog-8.4.2020, the concept of autophagy and mTOR are laid out.  Autophagy (the clearing of cells and their debris) is also important in Neurodegenerative Disease, such as Parkinson’s,  Alzheimer’s and Huntington’s .  This study is not new, having been completed in 2015, and perhaps there are others!  But I was not aware of it.  The acupuncture is simple, just using Gall Bladder 34, an easy to access point.

Acupuncture has historically been practiced to treat medical disorders by mechanically stimulating specific acupoints with fine needles. Despite its well-documented efficacy, its biological basis remains largely elusive. In this study, we found that mechanical stimulation at the acupoint of Yanglingquan (GB34) promoted the autophagic clearance of α-synuclein (α-syn), a well known aggregation-prone protein closely related to Parkinson’s disease (PD), in the substantia nigra par compacta (SNpc) of the brain in a PD mouse model. We found the protein clearance arose from the activation of the autophagy-lysosome pathway (ALP) in a mammalian target of rapamycin (mTOR)-independent approach. Further, we observed the recovery in the activity of dopaminergic neurons in SNpc, and improvement in the motor function at the behavior level of PD mice. Whereas acupuncture and rapamycin, a chemical mTOR inhibitor, show comparable α-syn clearance and therapeutic effects in the PD mouse model, the latter adopts a distinctly different, mTOR-dependent, autophagy induction process. Due to this fundamental difference, acupuncture may circumvent adverse effects of the rapamycin treatment. The newly discovered connection between acupuncture and autophagy not only provides a new route to understanding the molecular mechanism of acupuncture but also sheds new light on cost-effective and safe therapy of neurodegenerative diseases.