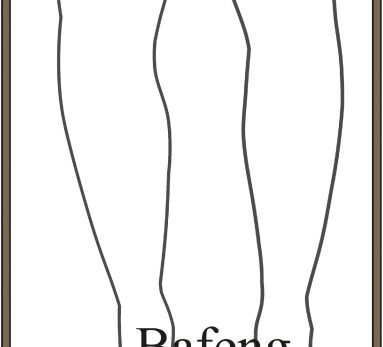 This was a well done blinded study.  The patient population was split into two similar groups.  1/2 received acupuncture weekly for 10 weeks, the other half in a control group. then a 4 week wash out and then the groups switched so the control received the acupuncture.  There will undoubtedly be criticism that there was no “sham” acupuncture arm of the study.  They used patient’s subjective evaluation as well as clinical evaluation.  They also did nerve conduction studies which improved with acupuncture.  In summary, the acupuncture improved the neuropathy caused by chemotherapy.  I welcome the point recommendations in the figure shown!
Friedemann T, Kark E, Cao N, Klaßen M, Meyer-Hamme G, Greten JH, Rostock M, Buhlmann E, Zhao A, Schröder S. Acupuncture improves chemotherapy-induced neuropathy explored by neurophysiological and clinical outcomes – The randomized, controlled, cross-over ACUCIN trial. Phytomedicine. 2022 Sep;104:154294. doi: 10.1016/j.phymed.2022.154294. Epub 2022 Jun 26. PMID: 35785559.

Background: Chemotherapy-induced peripheral neuropathy (CIPN) is recognized as the second commonest side effect after chemotherapy. Besides neurological deficits and pain, it is a potential reason for terminating chemotherapy. Effective curative treatments of neurodegeneration are lacking. Hitherto, no randomized controlled study used nerve conduction studies (NCS), the gold standard diagnostic tool for peripheral neuropathy, as the primary outcome parameter for evaluating acupuncture for CIPN, which can also measure structural changes.

Methods: The study was carried out at the HanseMerkur Center for TCM at the University Medical Center, Hamburg-Eppendorf. Sixty patients with CIPN were included in the study after physical examination, subjective evaluation and quantitative evaluation by NCS. Subsequently, the patients were randomly assigned to Group 1 (30 patients), which received, in the first period, needle acupuncture and to Group 2 (30 patients), which was assigned to the waiting list in the first period. Group 1 received a standard 10-week bilateral treatment of ST34 (Liangqiu), EX-LE12 (Qiduan) and EX-LE8 (Bafeng). After 14 weeks, both groups were re-evaluated. Using a cross-over design, the patients of Group 2 received the same treatment procedure as Group 1 in the first period. Patients of Group 1 were assigned to the waiting list for the second period. After 28 weeks both groups were re-evaluated. Wilcoxon test was used as a pre-test to rule out carryover effects and to test for differences between acupuncture and the waiting list. Group assignment was not exposed to the statistician and the neurologist.

Conclusion: Acupuncture can enhance structural regeneration in CIPN as measured by NCS, which is manifested in subjective improvement and neurological findings.