Acupuncture for Smoking Cessation and fMRI 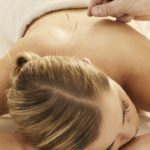 Nice study looking at a simple treatment for smoking cessation and how the brain images are altered compared to sham acupuncture.  They used the same point as the one in these animal studies looking at  cocaine and alcohol.
Psychopharmacology (Berl). 2013 Feb 28. [Epub ahead of print]
Neural substrates of acupuncture in the modulation of cravings induced by smoking-related visual cues: an FMRI study.
Republic of Korea.
Abstract
RATIONALE:
Cue reactivity is a key factor in modulating motivational and goal-directed behaviors associated with compulsive drug intake and relapse. Smoking-associated cues produce smoking urges and cravings and are accompanied by the activation of brain regions involved in attention, motivation, and reward.
OBJECTIVES:
We investigated whether acupuncture ameliorates cravings induced by smoking-related visual cues, and we explored the neural mechanisms underlying the effects of acupuncture on modulating smoking urges.
METHODS:
After 36 h of smoking abstinence, 25 right-handed male smokers underwent fMRI, during which smoking-related and neutral visual cues were presented. Twelve subjects were treated with real acupuncture (RA) at HT7 and 13 subjects received sham acupuncture (SA). During the scanning sessions, craving scores to smoking-related visual cues were assessed before and after RA or SA treatment. The differences in brain responses to smoking vs. neutral cues after treatment between the RA and SA groups were detected using three-way ANOVAs (Cue × Session × Group).
RESULTS:
After treatment, the craving scores were significantly decreased in the RA group, as compared to the SA group. When we explored the neural substrates of acupuncture on the modulation of cravings induced by smoking cues, significant differences were found in the medial prefrontal cortex, the premotor cortex, the amygdala, the hippocampus, and the thalamus.
CONCLUSIONS:
These findings suggest that acupuncture alleviates cue-induced cravings through the regulation of activity in brain regions involved in attention, motivation, and reward relative to craving scores in the initial abstinence phase.