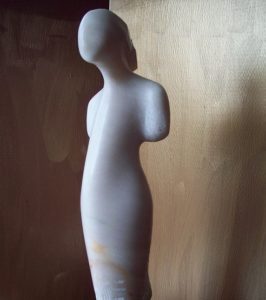 An acupuncture treatment can reduce pain sensitivity in patients with chronic whiplash associated disorders (WAD). But it has been hypothesized that many of the experimental results in acupuncture research could be interpreted as stress-induced analgesia.

The present study aimed at examining whether acupuncture has an effect on the autonomic nervous system response in patients with chronic WAD and if this response is related to the pain inhibition after an acupuncture session.

Thirty-nine patients with chronic WAD received 2 treatment sessions of identical duration, with acupuncture and relaxation therapy randomly crossed over in the 2 visits. The primary outcome measurement was the registration of autonomic nervous system parameters (heart rate, skin conductance, and heart rate variability parameters) during the administration of experimental pain. Endogenous analgesia was the secondary outcome.

Following one acupuncture treatment session, there was a significant change for 2 parameters: the heart rate was slightly reduced and the skin conductance was raised. Comparing the effects of acupuncture and relaxation, no differences were found with respect to the change in any of the autonomic parameters. Further, the reduction in pain sensitivity in response to acupuncture treatment was unrelated to any of the changes in autonomic measurements.

The results were observed after only one session of acupuncture.

The therapist was allowed to choose from a list of
the following acupuncture points: Dazhui GV14, Huatu
–
ojiaji C1-C7, Fengchi GB20, Tianzong SI11, Jianjing
GB21, Tianlioa TE15, Jianwaishu SI14, Geshu BL17, Xue
–
hai SP10, Houxi SI3, Jinggu BL64, Waiguan TE5, Zulinqi
GB41, Shiqizhuixia, Ear Zero point, Ear Jerome point,
and Ear C0
In summation, they used patients with chronic whiplash and then administered experimental pain after acupuncture or relaxation tapes.  There was no change in in the patients’ autonomic response after acupuncture (SDANN, RMSSD, LF/HF).  This is asking a different question than the one that occupies me in the clinic, but of great interest nonetheless.
In the authors’ own words
“This study aimed at examining the influence of
acupuncture on the ANS response to experimental
pain in patients with chronic WAD, and to explore the
role of changes in the autonomic response to pain for
explaining acupuncture-induced reduced neck pain
sensitivity.”
So they are trying to discover whether stress reduction is the underlying mechanism of acupuncture’s effect on experimental pain and they find that it is most likely not, and due to other mechanisms, with multiple caveats.
I am not convinced that measuring HRV before and then after acupuncture treatment is really where the crux of the response to acupuncture is.  My thinking on this changed years ago.  In fact, my focus has become increasingly on the actual response to needling and immediately after.  In many, many, many cases the LF/HF will increase to baseline or above after somewhere between 8 and 13 minutes after needling.  I am going be other researchers’ data that 30 minutes is an optimal time on the table.  According to my data, we could cut the session off at 15 minutes after needling or sooner.