I majored in Biochemistry in college and spent a year before Medical School working in the lab of Dr. Daniel Koshland.  He was a great scientist and a wonderful man.  After a 3 month trip to India, I was telling him and the group about my adventures, and how I had gotten sick at each new town.  Dr. Koshland’s sympathies were for the poor bacteria in my system, and only half joking,  scolded me for being so careless with them.  He loved the bacteria he worked with day in and out and it turns out, that affection was well deserved. 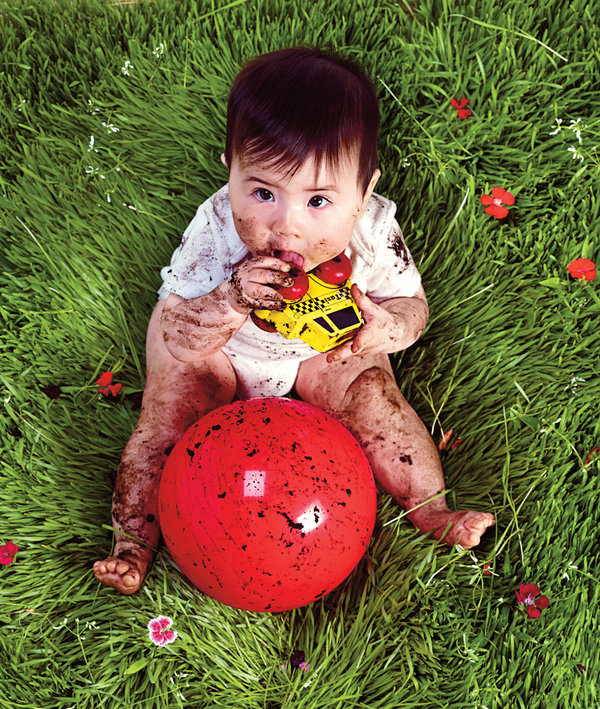 A Bit of Dirt, Doesn’t Hurt

This article by Michael Pollan is long, but well worth it.  We’ve touched on the topic multiple times on the blog, the real toll of antibiotics, the rise of Clostridia Dificile,  the rise of allergies etc…

Disorders in our internal ecosystem — a loss of diversity, say, or a proliferation of the “wrong” kind of microbes — may predispose us to obesity and a whole range of chronic diseases, as well as some infections. “Fecal transplants,” which involve installing a healthy person’s microbiota into a sick person’s gut, have been shown to effectively treat an antibiotic-resistant intestinal pathogen named C. difficile, which kills 14,000 Americans each year. (Researchers use the word “microbiota” to refer to all the microbes in a community and “microbiome” to refer to their collective genes.) We’ve known for a few years that obese mice transplanted with the intestinal community of lean mice lose weight and vice versa. (We don’t know why.) A similar experiment was performed recently on humans by researchers in the Netherlands: when the contents of a lean donor’s microbiota were transferred to the guts of male patients with metabolic syndrome, the researchers found striking improvements in the recipients’ sensitivity to insulin, an important marker for metabolic health. Somehow, the gut microbes were influencing the patients’ metabolisms.