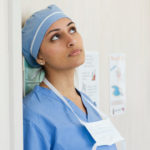 Can I really trust these guidelines???

Lots of news about the latest recommendations for patients with high cholesterol vis a vis drug regimens.  At first I thought it was good news, but now, reading the editorial by Rita Redberg, I realize that these recommendations could actually WIDEN the use of statins.  I will leave it to Redberg and Abramson to make the case and it’s worrisome indeed.  This is a hat trick of “First Do No Harm.” “Follow the Money,” and “Big Pharma.”  Also, this will confuse practitioners further as to who will benefit from statins, all to the benefit of Big Pharma, since in our medical world, more is always more.

The money quote from the article

“The American people deserve to have important medical guidelines developed by doctors and scientists on whom they can confidently rely to make judgments free from influence, conscious or unconscious, by the industries that stand to gain or lose.”

And, yes, this is long post, but this is an important issue that affects millions of Americans.

This announcement is not a result of a sudden epidemic of heart disease, nor is it based on new data showing the benefits of lower cholesterol. Instead, it is a consequence of simply expanding the definition of who should take the drugs — a decision that will benefit the pharmaceutical industry more than anyone else.

The new guidelines, among other things, now recommend statins for people with a lower risk of heart disease (a 7.5 percent risk over the next 10 years, compared with the previous guidelines’ 10 to 20 percent risk), and for people with a risk of stroke. In addition, they eliminate the earlier criteria that a patient’s “bad cholesterol,” or LDL, be at or above a certain level. Although statins are no longer recommended for the small group of patients who were on the drugs only to lower their bad cholesterol, eliminating the LDL criteria will mean a vast increase in prescriptions over all. According to our calculations, it will increase the number of healthy people for whom statins are recommended by nearly 70 percent.

This may sound like good news for patients, and it would be — if statins actually offered meaningful protection from our No. 1 killer, heart disease; if they helped people live longer or better; and if they had minimal adverse side effects. However, none of these are the case.

Statins are effective for people with known heart disease. But for people who have less than a 20 percent risk of getting heart disease in the next 10 years, statins not only fail to reduce the risk of death, but also fail even to reduce the risk of serious illness — as shown in a recent BMJ article co-written by one of us. That article shows that, based on the same data the new guidelines rely on, 140 people in this risk group would need to be treated with statins in order to prevent a single heart attack or stroke, without any overall reduction in death or serious illness.

At the same time, 18 percent or more of this group would experience side effects, including muscle pain or weakness, decreased cognitive function, increased risk of diabetes (especially for women), cataracts or sexual dysfunction…

For example, even though the guidelines recommended that women between the ages of 45 and 75 at increased risk of heart disease and with relatively high LDL levels take statins, the fine print in the 284-page document admitted, “Clinical trials of LDL lowering generally are lacking for this risk category.” The general lack of evidence for LDL level targets is why they have been dropped from the current guidelines. In fact, committee members noted that cholesterol lowered by drugs may not have the same effect as cholesterol lowered by nondrug methods, such as diet, exercise and being lucky enough to have good genes.

The process by which these latest guidelines were developed gives rise to further skepticism. The group that wrote the recommendations was not sufficiently free of conflicts of interest; several of the experts on the panel have recent or current financial ties to drug makers. In addition, both the American Heart Association and the American College of Cardiology, while nonprofit entities, are heavily supported by drug companies.

The American people deserve to have important medical guidelines developed by doctors and scientists on whom they can confidently rely to make judgments free from influence, conscious or unconscious, by the industries that stand to gain or lose.
New Cholesterol Advice Startles Even Some Doctors

Steven L. Zweibel has been taking a statin drug to lower his cholesterol for seven years. It has worked, and he has suffered no problems or side effects.

But, like many patients taking these drugs, he is perplexed by new guidelines on preventing heart disease and stroke — despite the fact that he is the director of cardiac electrophysiology at Hartford Hospital.

“I am very happy to be on Zocor,” said Dr. Zweibel, 47, referring to the statin he takes. “But now the real question in my head is whether I need to be on it.”