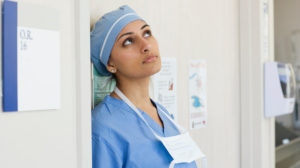 Meeting with another Sales Rep? No thanks.

A ruling came down protecting drug detail people who suggest using drugs for “off label” uses.  The ruling was a 2 to1 ruling in New York and was argued on “Freedom Of Speech” grounds.  According to the article, doctors are allowed to use drugs off label and they talk among themselves, so drug sales reps should be able to talk about them too.

Um. A few obvious problems come to mind. 1. Doesn’t this bypass the FDA and their already dwindling ability to protect the public against dangerous drugs?  2. What happens and who is accountable if there is a bad outcome?  If a patient is harmed, is the doctor responsible only?  3.  What if the doctor doesn’t know that the use is off label?  Are the going to have to read and double check everything the drug rep says?  And if so, what’s the point of having drug reps at all? (Well we all know the answer to that…)

In a case that could have broad ramifications for the pharmaceutical industry, a federal appeals court on Monday threw out the conviction of a sales representative who sold a drug for uses not approved by the Food and Drug Administration. The judges said that the ban on so-called off-label marketing violated the representative’s freedom of speech…

Under the Food, Drug and Cosmetic Act, which gives the F.D.A. the authority to regulate drugs, selling a “misbranded drug,” or one that is intended to be used for purposes not listed in the label, is illegal. Doctors, on the other hand, are free to prescribe a drug for any use. The agency has argued that off-label promotion of drugs is evidence that a sales representative or company intended to sell misbranded drugs.

The lone dissenting judge, Judge Debra Ann Livingston, vigorously disagreed, arguing that by throwing out Mr. Caronia’s conviction “the majority calls into question the very foundations of our century-old system of drug regulation.” She argued that if drug companies “were allowed to promote F.D.A.-approved drugs for nonapproved uses, they would have little incentive to seek F.D.A. approval for those uses.”