Long overdue but so pleased to see this important step. We’ve discussed breast cancer and possible causes here, here, and here. (I don’t like the title of this editorial, since breast cancer “prevention” has become synonymous with mammograms.) 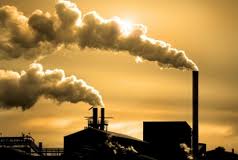 Emphasizing breast cancer prevention
Monday, February 11, 2013
Until now, federal research on breast cancer has been largely limited to developing treatments and finding a cure. A new congressionally sanctioned study suggested that the federal government may by missing the most promising path of all: a focus on prevention.
The report was the result of a 2008 law that created a committee to examine the state of breast cancer and environmental research and to recommend ways to eliminate any knowledge gap.
Its findings validated the long-held contention of women’s advocacy groups that strong circumstantial evidence pointed to a link between chemical exposure and breast cancer. That evidence would include the fact that the vast majority of women who are diagnosed with breast cancer have no family history of the disease as well as the geographic patterns of incidence that suggest environmental factors at work.
“We are all exposed to a cocktail of carcinogens and endocrine disrupters every day that puts us at greater risk for breast cancer, and we need to prioritize and invest in identifying and preventing exposures to these chemicals,” said Jeanne Rizzo, CEO of the Breast Cancer Fund and co-chair of the committee that released the report, “Breast Cancer and the Environment: Prioritizing Prevention.”…
So now it will be up to the Obama administration and Congress to act to act on this compelling case to prioritize prevention on a disease that is costing 40,000 lives and more than $17 billion a year. It won’t be easy: The chemical industry and other powerful economic interests have tried to steer the focus from environmental contaminants...