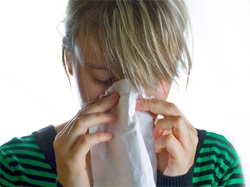 I am hoping that we are entering an era where data and science matter again.  From election results to weather patterns, scientists have been dismissed as biased or corrupt by agents who are biased or corrupted by the industries they represent. Too many aspects of medicine have been accepted on faith because they should be true, or because the evidence comes from industry.  The good news is that side effects of the flu vaccine are very rare, but studies have failed to show much benefit in young or old recipients.  Whereas hand washing, has been shown to prevent upper respiratory illness.  And use soap, not Purell.  And wear your neck scarf in the winter.  Rant over.

November 5, 2012, 4:32 pm
Reassessing Flu Shots as the Season Draws Near
By RONI CARYN RABIN
… By 2020, United States health leaders want 80 percent of the population to get yearly shots.

For vaccine manufacturers, it’s a bonanza: Influenza shots – given every year, unlike many other vaccines – are a multibillion-dollar global business.
But how good are they?..
“We have overpromoted and overhyped this vaccine,” said Michael T. Osterholm, director of the Center for Infectious Disease Research and Policy, as well as its Center of Excellence for Influenza Research and Surveillance. “It does not protect as promoted. It’s all a sales job: it’s all public relations.”…
While researching the report released last month, Dr. Osterholm said, the authors discovered a recurring error in influenza vaccine studies that led to an exaggeration of the vaccine’s effectiveness. They also discovered 30 inaccuracies in the statement on influenza vaccines put forth by the expert panel that develops vaccine recommendations, all of which favor the vaccine…
Another Cochrane review found no evidence that vaccinating health care workers who work with the elderly has any effect on influenza or pneumonia deaths…