Surowiecki: “for the most part, the U.S. has shown a marked bias toward relieving victims of disaster, while underinvesting in prevention.” Reading this last night, it struck me how similar the U.S. mentality is when it comes to health and medicine.
The fascinating teaching in Chinese Medicine is that the Chinese Doctor was paid to keep the patient well. If the patient became ill and he treated them effectively, that was good, but he wasn’t considered the best.  If he harmed the patient, he was considered a butcher.  In Western Medicine, the paradigm is to swoop in and save, not to prevent.  When you look at the map where Diabetes is highest in the US, it is where poverty is highest.  Perhaps an investment in food, education, safe exercise venues would save billions in health care costs. But the incentives are all wrong, just as with U.S.  infrastructure investment. The article below is from the latest New Yorker, it may be behind a fire wall, so I’ll excerpt more liberally than usual. (Bonus cartoon.)
Disaster Economics Dec 3rd New Yorker by James Surowiecki
n February 1, 1953, a fierce, sustained storm created a huge surge in the North Sea off the coast of Holland. Floodwaters overtopped the dikes, swallowing half a million acres of land and killing nearly two thousand people. Within weeks of the storm, a government commission issued what came to be known as the Delta Plan, a set of recommendations for flood-control measures. Over the next four decades, the Dutch invested billions of guilders in a vast set of dams and barriers, culminating in the construction of the Maeslant Barrier, an enormous movable seawall to protect the port of Rotterdam. Since the Delta Plan went into effect, the Netherlands has not been flooded by the sea again.
… The annual cost of natural disasters in the U.S. has doubled over the past two decades. Instead of just cleaning up after disasters hit, we would be wise to follow the Dutch, and take steps to make them less destructive in the first place.
… A study by the economist Andrew Healy and the political scientist Neil Malhotra showed that, between 1985 and 2004, the government spent annually, on average, fifteen times as much on disaster relief as on preparedness.
Politically speaking, it’s always easier to shell out money for a disaster that has already happened, with clearly identifiable victims, than to invest money in protecting against something that may or may not happen in the future. Healy and Malhotra found that voters reward politicians for spending money on post-disaster cleanup, but not for investing in disaster prevention.. 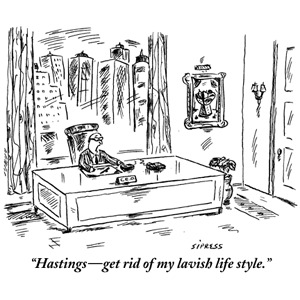 Meaningful disaster-prevention measures will certainly be expensive: estimates for a New York seawall range from ten to twenty billion dollars. That may seem unreasonable at a time when Washington is obsessed with cutting the federal deficit. Yet inaction can be even more expensive—after Katrina, the government had to spend more than a hundred billion dollars on relief and reconstruction…
Read more: http://www.newyorker.com/talk/financial/2012/12/03/121203ta_talk_surowiecki#ixzz2DdokWMEj