A Record of Deception: the Story of Celebrex

We have discussed celebrex in the blog a bit here. comparing it to glucosamine 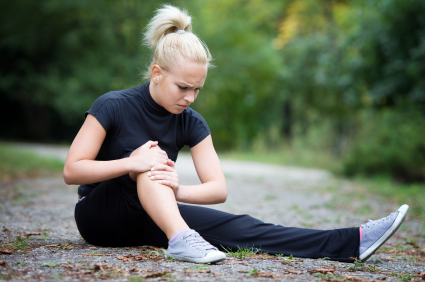 Use Acupuncture and Supplements instead of anti-inflammatories!

chondroitin and placebo.  It had no advantage over glucosamine.  Anecdotally, I have seen patients have gastrointestinal problems from it, which was supposed to be its selling point.  Again, just like the previous post on PPI’s, this is a Blockbuster Drug, that offers dubious advantages and potential hazards. Same old story.  Here is a post about avocado and soybean supplements for osteoarthritis of the knee and hip.
This article chronicles the faulty science and deception that went into marketing the drug celebrex.  The medical world swallowed the industry’s claims “hook, line and sinker.”
The distressing thing to me also is that it was well known even 20 years ago, that the orthopedic doctors kept the gastroenterologists in business by prescribing anti-inflammatory medications, such as ibuprofen.  Celebrex and Vioxx were supposed to be safer, but they weren’t.  Were the gastroenterologists then giving PPI’s after doing endoscopies?  Yikes.  It never stops.

In Documents on Pain Drug, Signs of Doubt and Deception

A research director for Pfizer was positively buoyant after reading that an important medical conference had just featured a study claiming that the new arthritis drug Celebrex was safer on the stomach than more established drugs.
“They swallowed our story, hook, line and sinker,” he wrote in an e-mail to a colleague.
The truth was that Celebrex was no better at protecting the stomach from serious complications than other drugs. It appeared that way only because Pfizer and its partner, Pharmacia, presented the results from the first six months of a yearlong study rather than the whole thing.
The documents suggest that officials made a strategic decision during the early trial to be less than forthcoming about the drug’s safety.  (notice the language?? “less than forthcoming?? uh, lied??) They show that executives considered attacking the trial’s design before they even knew the results and disregarded the advice of an employee and an outside consultant who had argued the companies should disclose the fact that they were using incomplete data.The importance of Celebrex to Pfizer is indisputable. It is one of the company’s best-selling drugs, racking up more than $2.5 billion in sales, and was prescribed to 2.4 million patients in the United States last year alone.
The drug is the last of the so-called COX-2 inhibitor pain drugs, after Vioxx and Bextra were withdrawn in 2004 and 2005 because of safety concerns.
Some of the Celebrex’s detractors contend that its risks are still not fully understood, and argue that Pfizer is dragging its feet on a study — now nearly six years old — evaluating the drug’s heart risks. The study is scheduled to end in May 2014, the same month that Celebrex loses its patent protection and sales of the drug are expected to plunge…
The decision by Pfizer and Pharmacia to withhold crucial data became widely known in 2001, after the Food and Drug Administration released the study’s full results. The revelations, along with similar reports of withheld data by other drug companies, led to calls for reforms in the way data from clinical trials is published, including in The Journal of the American Medical Association, which ran an article featuring the partial results from the study.