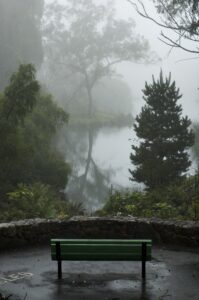 I’m linking to another chapter of my writing project called

Deep Resilience: The surprising science behind the secrets of ancient practice: Your key to long life and a healthy mind and body

This chapter is called “Do No Harm”.  It discusses the issues behind decision making in general and treatment decisions in general.  The first line of the Hippocratic Oath is to “First, Do No Harm”.  By avoiding unnecessary treatment, it can take away one pernicious source of ill health.  In this chapter we can see how very challenging that can be!First Do No Harm 8.29.2020 for sharing

It takes a wise doctor to know when not to prescribe.  Gracian, The Art of Worldly Wisdom 1647

The first rule of the Hippocratic Oath is to First Do No Harm, or as Gracian says, to “know when not to prescribe”.  The fable of the 3 doctors from the Introduction, relies on the good reputation of Dr. One who keeps his patients well, and the bad reputation of Dr. Three who makes his patients worse.  The goal of this chapter is to illustrate how doing no harm is not as straight forward as it seems, and, in fact, can be devilishly difficult.

This story was published in the San Francisco Chronicle[i] with a backdrop of coronavirus pandemic. It is the story of Oakland A’s baseball player Micah Bowie. He had issues with back pain and retired in 2008.  Treatments were apparently ineffective and led to the Chronicle story.   I will quote heavily from the article here.

Frequent back pain became all the more pronounced when he retired in 2008. As he became more incapacitated and treatments less effective, Bowie and his wife, Keeley, began investigating back surgery or stem-cell treatment for tears associated with his L4-5 and L5-S1 vertebrae. He was told he’d need a double-disk fusion procedure and might be looking at a lifetime of repeat surgeries.

That’s when doctors presented the idea of a spinal-cord stimulator, an internal device that interrupts pain signals from nerves. A week’s trial run went well, so Bowie elected to have the device implanted in August 2016…”